(High Five Friday, before it was cool)

It’s been a bit of a topsy turvey week for me.

I guess what threw the scales off balance was having the SAAC club run on a Sunday.

See I do my long runs on a Monday. But because I had an 8km on Sunday, I didn’t exactly want to run 90mins on the Monday. Thought I might give my legs some rest at least. The other fact was that after the club run on Sunday Tom and I did some paving. Which was awesome fun, but wow it made me Ms I’m Pooped. 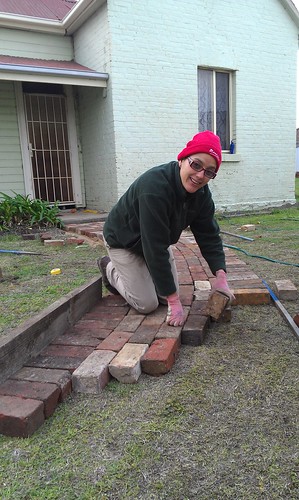 Monday ended up being pretty much just a phaff around the house day, which was great, sometimes you just gotta have those days.

Tuesday we hoped in the car and headed out to Tom’s place which is in the Grampians. He dropped me off and I ran in. 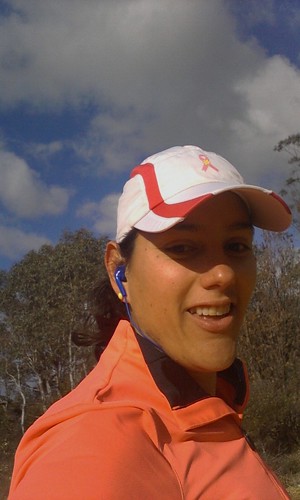 My mission for this 90min run was to get a negative split. So I took it easy and just enjoyed the run. I had my phone with on this run (I don’t run with it). I was testing out a new system with my fuel belt. One water bottle and in a small case my phone. Hence the happy snaps. But I thought it would be nice to show you the track and my journey. 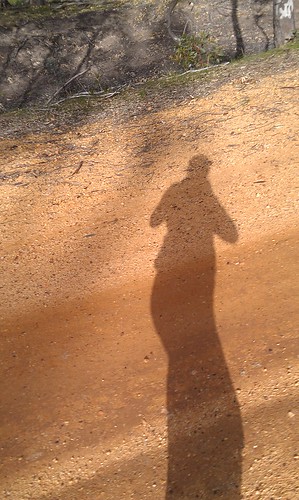 Pathetic shadow picture, but awesome track to run on. 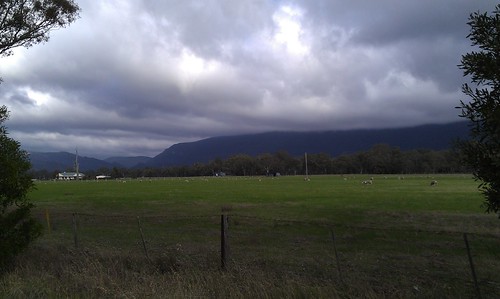 See those Mountains, that’s where I was running too. I was only about 6.5km into my run at this stage.

I knew that I would do about 16km in those 90 minutes, so when I got to the 8km I looked at my watch to note the time 45:30 (it actually ended up being 43:21, so don’t ask me why or how I got that time).  I just kept running at a pace that I was comfortable with, it wasn’t until around the 10km mark that I decided to step it up a notch. 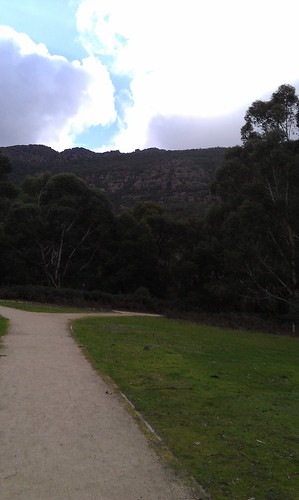 Coming into the Home Stretch

The reason why I was aiming for a negative split was for a few reasons.

My 2nd 8km time was 42:12 if you are wondering. Overall I was just shy of 17km, and I ran that in 1h32m55s which I was very happy about.  I also felt really good after the run to, like I had more left in the tank, another awesome, means when the time comes for RunMelbourne I’ll be able to smash out a new personal best.

Are  you training for anything?
What are your goals for the month?
Fav song on the radio at the moment?